In 2021-22, the Marxists seemed to be the only ones to remember, though imperfectly, the A-Bombs of 1945. Their one  goal at these protests is  abolishing nuclear weapons.

++ Was dropping the atomic bomb justified?++ 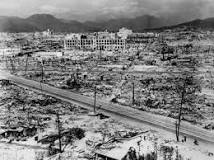 “The dropping of the atomic bomb on Hiroshima was justified at the time as being moral – in order to bring about a more rapid victory and prevent the deaths of more Americans. However, it was clearly not moral to use this weapon knowing that it would kill civilians and destroy the urban milieu. Apr 6, 2022.”

Aug 5 : Gen. Minoru Genda, who helped plan the attack on Pearl Harbor, stated at a Naval Institute event in 1969 that he was not bitter towards the U.S. for dropping the bomb on his hometown of #Hiroshima. He said “if we had the atomic bomb in 1945, we would have dropped it on you.” 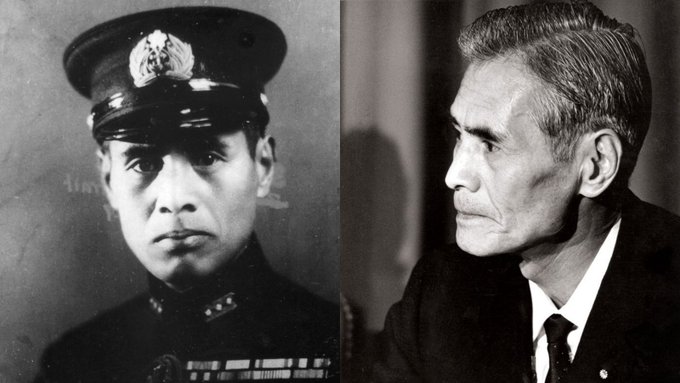 The only ‘take away’ for these dedicated Marxist Pacifists is to STOP all things nuclear, demanding NYC to be a Nuclear Free Zone. SO, every August these mostly senior pacifists gather to protest nuclear weapons (AND energy).

Japanese survivors participate – but the speakers both years, were barely amplified so they were difficult to understand.

FIRST: On Aug 6, 2021, at 11 am, the 76th anniversary of Hiroshima and Nagasaki protestors gathered in the courtyard entrance to Mayor Dinkins municipal building across from City Hall.

“Rise and Resist-NY” Marxists demanded that NY City Council Speaker Corey Johnson pass Nuclear Disarmament Legislation Now. They chose this location because the development of the atomic bomb began across Centre street at 270 Broadway, the first headquarters of the Manhattan Project in 1942–43.

The posters focused on the American Marxist pacifists. Their speeches and posters neglected to mention the Japanese civilians victimized by their own Japanese war machine.

Video – First fellow was reading the legislation demand from his cell phone, un-amplified so audio competed with traffic.

The second was an older fellow (at 1:35) proudly told of a protest at a nuclear submarine (the USS Florida). I didn’t hear a year but I think it was 2018.

The Kings Bay Plowshares Seven. The seven Catholic plowshare activists who disarmed weapons at the Kings Bay Naval Base, Georgia in 2018  are now facing years of prison for their act of disarmament.

He said he masqueraded as one of 4 workers with hard hats who boarded the submarine …  for 25-30 minutes. Once they unfurled their protest banners, THEN security was called to remove them.  He also said, at the same time, five other protestors with hammers were damaging (a sonar sphere) and mentioned an associate who travels with a smithy  … turning weapons into plowshares; hammered into weapons of soil to create life not take life. “This is how disarmament starts”, he says. [End Video]

Turning now to the 2022 and the 77th Anniversary in Manhattan and  their nuclear anniversary weapons protest.

Aug. 5, 2022 – Outside the Japanese consulate. NYC. This year there was such an obsession with MASKING that the muffled English language interpreter was wasted. Disappointed to not get a good audio  of the survivor speakers

Video 1 –The very Left -leaning Pacifist “Raging Grannies” were the pre-speakers ‘entertainment’ outside the NYC Japanese Consulate. Mourning the bombing of Hiroshima and Nagasaki in 1945 (that ended WW2 and saved lives) the Raging Grannies (for Peace) were protesting nuclear bombs and protesting nuclear energy with “No nukes. No Nukes. No Nukes.”

Video 2 – Ringing a  bell for peace & prayer at 77th Anniversary of Hiroshima/Nagasaki.

See phot0 essay at NY Daily News of the 1945 aftermath

The conflict over ”to be nuclear or not” goes on and on. The Marxists  claim to oppose anything nuclear but they are predictably inconsistent …. a Rise and Resist-NY blind spot: a nuclear IRAN (UANI 2017)

Should we expect they will hop-a-boat to the land of Persia and vandalize their nuclear bases? How far would they get with that protest action.

[Where indicated pictures and videos property of Pamela Hall-VSB]