WHAT:(Illegal) Immigrant advocates shared plans for a full participatory process resulting in an “Illegal Immigrant City Agenda” to be presented to the new Administration during the transition.
WHEN: Monday, November 4th, 11:00 AM
WHERE: Steps of City Hall

ILLEGALS UNITED FOR JUSTICE AND OPPORTUNITY

Part 1 of 2 Videos : New York  (Monday, November 4, 2013) This Coalition Released New York’s (illegal) Immigrant Wish List Ahead of the 2013 NYC Mayoral Election; a “Top 10 Wish List” of Priorities for the next Mayor of New York City. 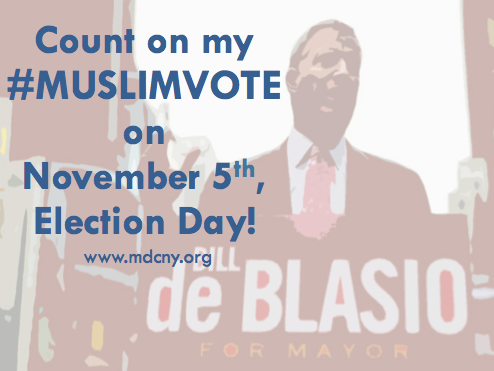 WAKE UP, NY. This is your Last Chance (for awhile) to STOP the “Progressive” madness.

TOMORROW : VOTE AS THOUGH YOUR LIFE DEPENDS ON IT.

The Illegal Immigrant Advocates KNOW… EVERY VOTE REALLY DOES COUNT!